New York has once again outperformed its Americas rivals in fDi’s American Cities of the Future 2019/20 ranking, solidifying its status as an economic powerhouse and the region's commercial capital. The city was also crowned best major city for Economic Potential, Human Capital and Lifestyle and Connectivity. According to data from greenfield investment monitor fDi Markets, it attracted 836 FDI projects between 2014 and 2018 – more than double the number of its closest competitor, Toronto, and held a 10% share of total US FDI. New York also benefits from the highest GDP of all locations analysed. 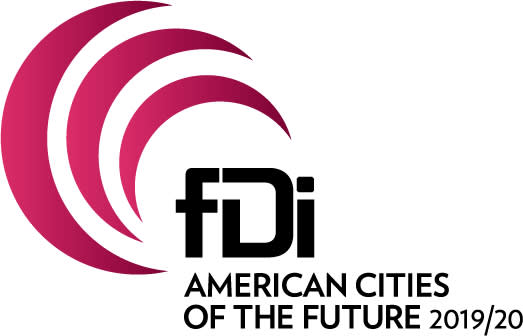 Editor's note: The previous version of these rankings erroneously listed Vancouver as number one for Economic Potential. It should be Seattle in first, with Vancouver ranked third. We regret the error.

San Francisco maintains its second position. The city saw an almost 30% increase in outward FDI between 2014 and 2018. Between 2009 and 2018, more than 60,000 patents were registered, cementing San Francisco's importance as one of the world's top cities for innovation.

Toronto rises to third in this year’s ranking, up from fourth in the previous study. It had an 80% increase in FDI in R&D compared with 2017/18. In December 2018, US-based online retail giant Amazon expanded its Toronto tech hub while announcing plans to create 600 new jobs in software development, machine learning, cloud computing, digital advertising and artificial intelligence.

Meanwhile, Chicago has notched up the biggest movement in this year’s top 10, soaring nine places to sixth. The city attracted 49 FDI projects in 2018, its highest such figures since fDi Markets records began in 2003. Most FDI investment between 2014 and 2018 was in sales, marketing and support, business services and headquarters activities (together accounting for more than three-quarters of Chicago’s inward FDI). Canada-based BMO Financial Group, Italy-based confectioner Ferrara Candy and Germany-based navigational software company Here are among the companies that decided to establish headquarters in the city in 2018.

Mexico City is named fDi’s Latin American City of the Future, up from third place in 2017/18, and is the only Latin American city featured in our overall Major Cities category. It fares particularly well in the Economic Potential classification and enjoys the highest GDP of all the Latin American locations in the study.

Seattle climbs one spot to be named fDi’s Large American City of the Future and tops the corresponding Economic Potential and Business Friendliness categories. Almost of half of the FDI the city attracted between 2014 and 2018 was in the software and IT services category, bolstering its claim to be 'San Francisco North'. Thanks to a thriving talent pool led by homegrown Amazon and Microsoft, the city is evolving into an attractive tech hub. Ireland-based technology services firm Accenture established an innovation hub in the city in November 2018, with plans to create 300 new jobs by the end of 2020.

Mississauga in Ontario, Canada, holds on to its title of fDi’s Mid-Sized American City of the Future and comes first in the division’s Business Friendliness category. About 60% of the city’s total inward FDI between 2014 and 2018 was derived from the US, followed by Germany (15.9%) and Japan (6.8%).

Cambridge, Massachusetts, tops the Small Cities classification. A noted biotech hub, the city boasts a robust population of start-ups, well-established pharmaceutical companies, incubator sites and research institutions. Almost two-thirds of inward FDI between 2014 and 2018 was in the biotech and pharmaceuticals sectors. Cambridge also benefits from a large network of scientists due to the area's many universities, which include Harvard and the Massachusetts Institute of Technology.

A new addition to this year’s ranking is Palo Alto in California. The city comes first in the Micro City classification and 10th in the overall ranking. It also tops the Micro Cities Economic Potential category. Located in the heart of the Silicon Valley, Palo Alto made a record 58 outward FDI investments in 2018, almost 60% of which were in the software and IT services sector. Many prominent businesses reside in the city’s renowned Stanford Research Park, including Hewlett-Packard and Tesla.

To create a shortlist for fDi’s American Cities of the Future 2019/20, the fDi Intelligence division of the Financial Times collected data using the specialist online tools fDi Markets and fDi Benchmark. In total, 218 locations were analysed for the study. Data was then collected for these 218 locations under five categories: Economic Potential, Business Friendliness, Human Capital and Lifestyle, Cost Effectiveness and Connectivity. Locations scored up to a maximum of 10 points for each datapoint, which were weighted by importance to the FDI decision-making process in order to compile both the subcategory rankings as well as the overall ‘American Cities of the Future 2019/20’ ranking.

In addition, surveys were collected under a sixth category, FDI Strategy. This category is the only qualitative category, and does not feed into the overall result. For this category, there were 56 submissions – locations submitted details about their strategy for promoting FDI, which was then scored by fDi’s judging panel.