Singapore has once again been crowned fDi’s Global City of the Future, marking the third successive victory for the Asian city-state. London and Dublin have retained their respective second and third positions – although the gap between them is closing. 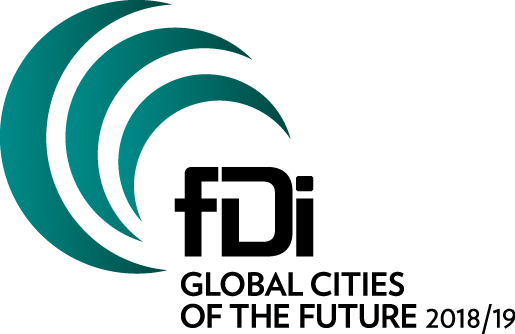 Growth in global greenfield FDI has been sluggish in recent years, not exceeding 14,000 projects since 2013, according to data from greenfield investment monitor fDi Markets. Globally, although FDI projects have increased slightly between 2015 and 2017, the size of both the investment value and the number of jobs has decreased. In 2016, the average capital investment of FDI projects was $58.1m and the average number of jobs per investment was 151, but by 2017 this had fallen to $47.3m and 135 jobs.

Singapore and London are the top destinations for foreign investment globally, accounting for almost 5% of all investment since fDi Markets records began in 2003. Between 2008 and 2014, Singapore accounted for a larger share of global FDI than London, however London overtook Singapore in 2015, taking 3.34% of global FDI (Singapore's figure was 2.67%). The gap between the two cities narrowed between 2015 and 2017, and data to date for 2018 suggests that Singapore is on course to overtake London.

Singapore’s economic stability helped to attract almost 1900 FDI projects between 2013 and 2017, with its low unemployment rate of 2.8% and GDP per capita of more than $90,000 at purchasing power parity. The culture of attracting R&D investments contributed to the city’s top ranking in the Economic Potential category, having welcomed 220 such projects in the five years to 2017 – the highest number of all locations globally.

Melbourne is a city with an inclusive and diverse multicultural community, high quality of life, incredible parks and open spaces, a booming arts and music scene and incredible food and wine. We’re proud and honoured to receive global recognition from fDi Intelligence as the top major human capital and lifestyle city

As part of the RIE2020 plan, which details Singapore’s strategy for research, innovation and enterprise investment, the government plans to invest $19bn between 2016 and 2020. The investment will aim to develop its research base, labour force and innovation and enterprise in four key sectors: advanced manufacturing and engineering, health and biomedical sciences, urban solutions and stability, and services and the digital economy.

London, which is facing a period of political and economic change, ranks second overall. The city received the highest number of FDI projects globally between 2013 and 2017, while also notching up the highest number of outward FDI projects. Six international airports are located within 80 kilometres of the UK capital, which remains the world’s most connected city with over 335 international destinations directly accessible, helping it to rank first in the Connectivity category.

The UK as a whole has a high penetration of internet usage and performs well on various indices, including the ICT Development Index from ITU and the Logistics Performance Index from the World Bank.

Dublin boasts the highest level of FDI on a per capita basis of all locations in the study. The city has established a reputation as a software and IT hub, with major investments in recent years from US software giants including Facebook and Google. In the five-year period analysed, almost half of all investments in the city were tech-based. US-based Equifax, which provides information solutions, credited its November 2017 announcement to expand its Dublin operation to Ireland’s globally recognised reputation as a tech hub.

To create a shortlist for fDi’s Global Cities of the Future 2018/19, the fDi Intelligence division of the Financial Times collected data using the specialist online tools fDi Markets and fDi Benchmark. The list of 129 locations was drawn up to include the top 100 locations in terms of inward FDI projects on fDi Markets, plus any additional locations in the top 15 as classed for each region, not in the original list of 100 locations. Data was then collected for these 129 locations under five categories: Economic Potential, Business Friendliness, Human Capital and Lifestyle, Cost Effectiveness and Connectivity. Locations scored up to a maximum of 10 points for each datapoint, which were weighted by importance to the FDI decision-making process in order to compile both the subcategory rankings as well as the overall ‘Global Cities of the Future 2018/19’ ranking.

As a municipality, we put great effort into helping investors settle in and feel comfortable in our city by running special relocation workshops, and also provide valuable support and consultations for those already in Vilnius. According to investors, the action-oriented approach the city takes to addressing their needs makes Vilnius an even more attractive destination to settle in.

In addition, surveys were collected under a sixth category, FDI Strategy. This category, the only qualitative category, feeds into the overall result. For this category there were 31 submissions: locations submitted details about their strategy for promoting FDI, which was then scored by fDi’s judging panel.

An emerging cities location list was determined and ranked, comprising locations where GDP per capita is below 35,000 international dollars.

Powered by fDi Markets
US

Interview with Ken Poonoosamy, managing director, Board of Investment of Mauritius - View From BIO 2015