Singapore has once again proven its attractiveness to investors by topping fDi’s second Aerospace Cities of the Future ranking. In 2017, FDI job creation in the aerospace sector peaked in Singapore, with an estimated 1400 jobs. This is the highest level of job creation in the city’s aerospace sector since greenfield investment monitor fDi Markets started recording data in 2003. 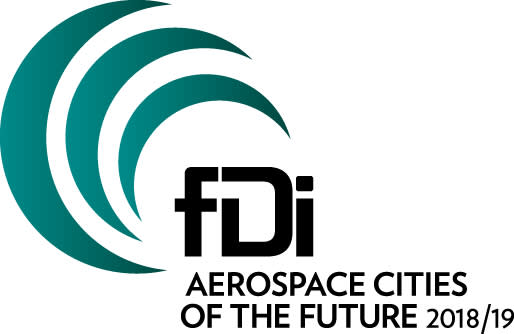 Pratt & Whitney invested $85m in the expansion of the site, which was one of several big investments in the city-state’s aerospace sector in 2017, while the expansion by Thales Group increased repair volume by nearly one-third to make the facility the company’s largest repair hub globally.

London ranks in second place overall, topping the Connectivity category and ranking third in Innovation and Attractiveness. The UK capital is an international travel hub, with direct access to more than 300 global destinations from its six local international airports. Investors in the aerospace sector can import and export goods from one of six ports in proximity of the city, the highest number of accessible ports of all locations in the study.

There are nearly 100 aerospace-related companies based in the city and just under 15,000 engineering companies. Germany-based Lufthansa Technik opened a warehouse for component supply at Heathrow Airport in mid-2016, quoting regional proximity and the ability to reach other UK airports easily as a key reason for investing.

Located just over 50 kilometres south-west of Glasgow, Prestwick in Scotland ranks third. A small town with fewer than 15,000 inhabitants, Prestwick has been home to an international airport since the 1930s and boasts an appeal to returning investors. US-based Spirit Aerosystems, which provides components and assembly structures for commercial aircraft, has expanded its site at Prestwick Airport three times since 2014, most recently in mid-2017, when it announced the creation of an additional 100 jobs with the establishment of a new production facility at the site.

To create a shortlist for fDi’s ‘Aerospace Cities of the Future 2018/19’ ranking, the fDi Intelligence division of the Financial Times collected data using specialist online FDI tools fDi Benchmark and fDi Markets as well as other sources. Data was collected for 54 locations under five categories: Economic Potential, FDI Performance, Cost Effectiveness, Innovation and Attractiveness, and Connectivity. Locations scored up to a maximum of 10 points for each data point, which were weighted by importance to the FDI decision-making process in order to compile the subcategory rankings.

In addition, surveys were collected under a sixth category, FDI Strategy, for which there were 14 submissions. Locations that ranked in the top five in this category were given bonus points, which contributed to their overall score. Together, the data subcategory rankings and the FDI Strategy ranking make up the overall ‘Aerospace Cities of the Future 2018/19’ ranking.

Singapore leads FDI into Asean in 2022