According to data from greenfield investment monitor fDi Markets, Asia-Pacific accounted for more than 30% of global FDI between 2012 and 2016, more than any other region. Home to behemoth economies including Singapore, China and India, Asia-Pacific provides a wealth of opportunity and is a target market for many investors. 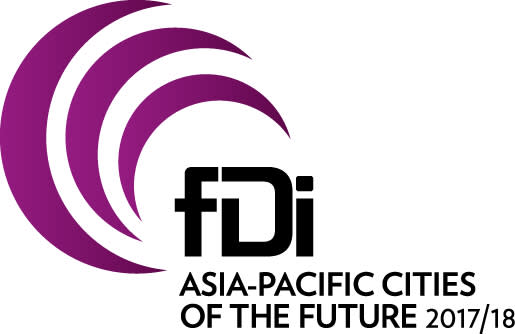 In the latest biennial study of cities in the region,Singapore has ranked first for the second consecutive time. The city-state attracted the highest number of FDI projects in the Asia-Pacific region in the five years to 2016, contributing to its first place ranking for Economic Potential. Singapore boasts an advanced economy and is renowned for its well-developed service industries. It has a high GDP per capita of more than $87,000 at purchasing power parity and a relatively low unemployment rate of 2.1%.

Singapore’s top three investment sectors were service based – 26% in software and IT services, 18% in business services and 9% in financial services. In January 2016, US technology giant Google established an engineering hub in the city to develop software for the Google Android operating system, creating 1000 jobs and spending an estimated $1.1bn on the investment. Sources at the company stated that Singapore was a “very good place for talent” and its business-friendly policies made the city-state an attractive place to invest.

Singapore also ranked first in the Business Friendliness category of fDi’s ranking. Companies need only two-and-a-half days to establish an operation in the city, which boasts the best credit rating and lowest country risk score of all Asia-Pacific cities. Singapore performed well on a range of economic indices, including the Index of Economic Freedom, Strength of Investor Protection Index and Corruption Perception Index.

Japanese capital Tokyo has retained second place in the ranking, also placing second in the Connectivity and Business Friendliness categories, and third in the Human Capital and Lifestyle category. Japan scores highly on the International Telecommunication Union’s ICT Development Index, and has the highest proportion of people using the internet of all Asian countries.

Job creation in Tokyo’s communications and software sectors is on the rise, following major investments from India-based Tata Group, which created an estimated 400 jobs in its shared services centre to provide IT infrastructure services, and US-based software company Symantec, which created more than 300 jobs in an expansion of its Tokyo security operations centre. US-based Cisco, which opened an innovation centre in the city, creating over 200 jobs, credited its investment decision to Tokyo’s position as a global technology leader.

Hong Kong rose from fifth place to third in this year’s ranking, topping the Connectivity category. Investors from over the globe can reach the city easily with more than 150 international destinations accessible from the international airport. Hong Kong performs well on such indices as Logistics Performance Index and the Networked Readiness Index, testament to the city-state’s well-developed transport and ICT infrastructure.

China’s most populous city, Shanghai, ranked fifth place and was the highest ranking Chinese city. Home to more than 24 million people, Shanghai is the country’s leading city for FDI attraction, and Asia-Pacific’s second biggest FDI destination after Singapore. More than 1100 FDI projects were announced in the megacity between 2012 and 2016, across a range of sectors. The city’s top five investment sectors span services, heavy industry and hi-tech industries, displaying a diversified appeal for investors.

Shanghai was the second largest recipient of R&D FDI, after Singapore. The city recorded 152 R&D projects in the time period analysed, only receiving more projects in business services and sales, marketing and support operations. R&D investments were announced in several sectors, including chemicals, software and IT services, pharmaceuticals, communications and automotive components.

France-based pharmaceutical giant Sanofi-Aventis invested an estimated $843m in its R&D hub in the city, creating 1400 jobs, while Australia-based mining and petroleum company BHP Billiton attributed its 2016 investment decision to the city’s “wealth of experienced, skilled talent and leading universities offering excellent programmes in technology and engineering”. More than 500,000 students study across 66 higher education institutions. As president Xi Jingping seeks to establish China as a more open economy and a defender of globalisation, rules designed to curb FDI have been lifted with the aim of making China more open to the world. Chinese cities could be the ones to watch in our next ranking in 2019.

To create a shortlist for fDi’s Asia-Pacific Cities of the Future 2017/18 ranking, the fDi Intelligence division of the Financial Times collected data using the specialist online tools fDi Markets and fDi Benchmark. In total, 163 locations were analysed for the study. Data was then collected for these 163 locations under five categories: Economic Potential, Business Friendliness, Human Capital and Lifestyle, Cost Effectiveness and Connectivity. Locations scored up to a maximum of 10 points for each datapoint, which were weighted by importance to the FDI decision-making process in order to compile both the subcategory rankings as well as the overall ‘Asia-Pacific Cities of the Future 2017/18’ ranking.

In addition, surveys were collected under a sixth category, FDI Strategy. This category is the only qualitative category, and does not feed into the overall result. For this category there were 15 submissions – locations submitted details about their strategy for promoting FDI, which was then scored by fDi’s judging panel. In previous rankings, FDI Strategy had been included in the overall ranking, however in order to separate totally qualitative and quantitative data, we chose to list FDI Strategy as a standalone ranking.

‘We are not fast enough in accepting the new reality’