Sri Lanka has ranked first in fDi’s inaugural study of island economies. According to greenfield investment monitor fDi Markets, the south Asian country attracted 172 inward investment projects between 2012 and 2016, the highest of all countries included in the analysis. 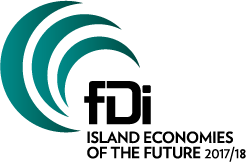 Data shows that 2016 was a bumper year for Sri Lanka’s FDI, which increased nearly 147% from 2015, to reach more than $2.8bn in estimated totals for announced projects, though some plans have been scaled back.

Between 2012 and 2016, financial services was the leading sector by number of projects, recording 43 investments. Food and tobacco, transportation and business services were the country’s next biggest sectors for inward FDI across this period, each accounting for nearly 9% of the country’s total.

The food and tobacco sector has become a more prominent FDI sector in Sri Lanka, accounting for 6.5% of total FDI in 2012, rising to 16% in 2016. According to a report by the Sri Lanka Export Development Board published in 2016, it is estimated that more than 2 million people are employed in the sector. Major investments have been made by companies such as Nestlé and Fonterra, and span a range of functions including manufacturing, logistics and training.

Sri Lanka is heavily in debt, requiring an IMF bailout in 2016, and this is a hot topic of conversation in the public debate regarding the future of the national economy. But the country enjoys a high GDP, the highest of all economies analysed (more than $82bn at purchase parity rate), and a relatively low unemployment rate of 4.4% – well below the average of all 27 locations included (which stood at 11.6%).

Costs for potential investors are attractive, with minimum wages among the lowest of all island economies studied and hotel prices are much lower than other island destinations such as Barbados and Saint Kitts and Nevis.

The country boasts a unique geographical position, located on shipping routes between Singapore and India, and performs well on the World Bank’s Liner Connectivity Shipping Index, ranking highest of all locations, and contributing to Sri Lanka’s appearance in the top 10 locations in the Connectivity category.

In addition to placing number one overall in the first ever island Economies of the Future rankings, Sri Lanka also came top for the second year in a row in fDi’s Diversification Index of island economies.

Cyprus has ranked second overall in the inaugural study, first in the Human Capital and Lifestyle category, and third in both the Economic Potential and Connectivity categories. The only European economy to be included in the study, it boasted the second highest GDP per capita of all locations studied, nearly $23,000 at purchase parity rate, and the highest level of outward FDI of all locations.

Cyprus is home to several companies that actively invest in other countries, including online trading services company IronForex, which invested in 19 FDI projects between 2012 and 2016, and wood manufacturing company Kronospan Holdings, which invested in 12 projects.

Of the locations analysed, Cyprus is also the easiest country in which to do business, according to the World Bank.

The Dominican Republic has ranked third of all island economies, also finishing first in the Connectivity category. The country is well known for its tourism industry, which between 2012 and 2016 was the leading sector for FDI job creation, accounting for just over one-quarter of the total FDI jobs created.

The country’s six international airports serve 73 international destinations, the highest number of any location in the study. The Caribbean country welcomed nearly 6 million visitors in 2016, according to World Bank data.