Singapore is ranked first as fDi’s inaugural Biotech Location of the Future, followed by Dublin and San Francisco. 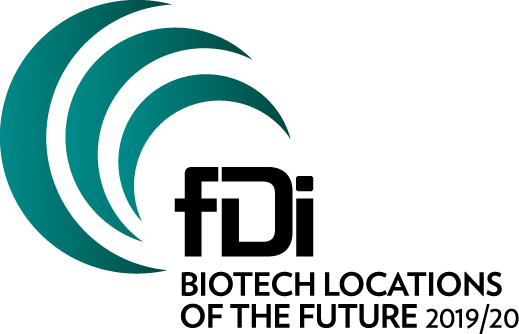 According to data from greenfield investment monitor fDi Markets, Singapore attracted almost 2000 FDI jobs in the biotechnology sector between December 2013 and November 2018, the highest number of all locations studied. US-based pharmaceutical company Baxter invested in the city-state in 2014, establishing a biologics manufacturing plant in Woodlands Industrial Park. The company credited its investment decision to the city’s ecosystem, where “IP is protected, regulations are clear, there is no corruption, where from a logistics point of view you’re in one of the best places in the world”.

In 2018, Singapore’s minister of state for trade and industry said that the biotech sector was to play a key role in the development of the city-state's economy, and the number of local biotech start-up companies incorporated between 2015 and 2017 was double the total between 2012 and 2014.

Singapore scored well on the Global Innovation Index from Insead and the World Intellectual Property Organization, and starting up a business there takes only 1.5 days. More than 150 international destinations are accessible from Changi Airport, making the city-state a very attractive location for investment.

Ireland’s capital, Dublin, ranks second, boasting a strong record of FDI in biotech and R&D. The city attracted 31 R&D reinvestments in the five years to November 2018, contributing to its innovative culture. Companies invested more than $900m in biotech projects in this period, creating 4500 jobs. Merck Sharp & Dohme, a subsidiary of US-based pharmaceutical company Merck & Co, announced the creation of 350 jobs at a new facility in Dublin by 2021.

San Francisco, arguably one of the most important cities in the US for innovation and technology, ranks third in fDi’s study. More than 3300 patents in the biotech sector were registered in San Francisco in the review period, the highest number of all cities analysed.

San Francisco is part of the Bay Area Biotech Cluster, which covers much of northern California, boasts a network of academic institutions, hospitals, pharmaceutical and biotech companies and employs about 52,000 people. In 2015, China-based Wuxi PharmaTech, a leading life sciences and pharmaceutical company, established an office in San Francisco to be closer to the life sciences companies present in the area.

To create a shortlist for fDi’s Biotech Cities of the Future 2019/20, the fDi Intelligence division of the Financial Times collected data using the specialist online tools fDi Markets, which tracks greenfield FDI projects that have been announced, and fDi Benchmark. In total, 21 cities were analysed for the study and were chosen based on the locations’ track record of attracting FDI in the biotechnology sector. Data was then collected for these locations under five categories: Economic Potential, Innovation and Attractiveness, FDI Performance, Cost Effectiveness and Connectivity. Locations scored up to a maximum of 10 points for each datapoint, which were weighted by importance to the FDI decision-making process in order to compile both the subcategory rankings as well as the overall ‘Biotech Cities of the Future 2019/20’ ranking.